“So I knew absolutely nothing about cars up until I turned sixteen years old.” – Trevor Whittington 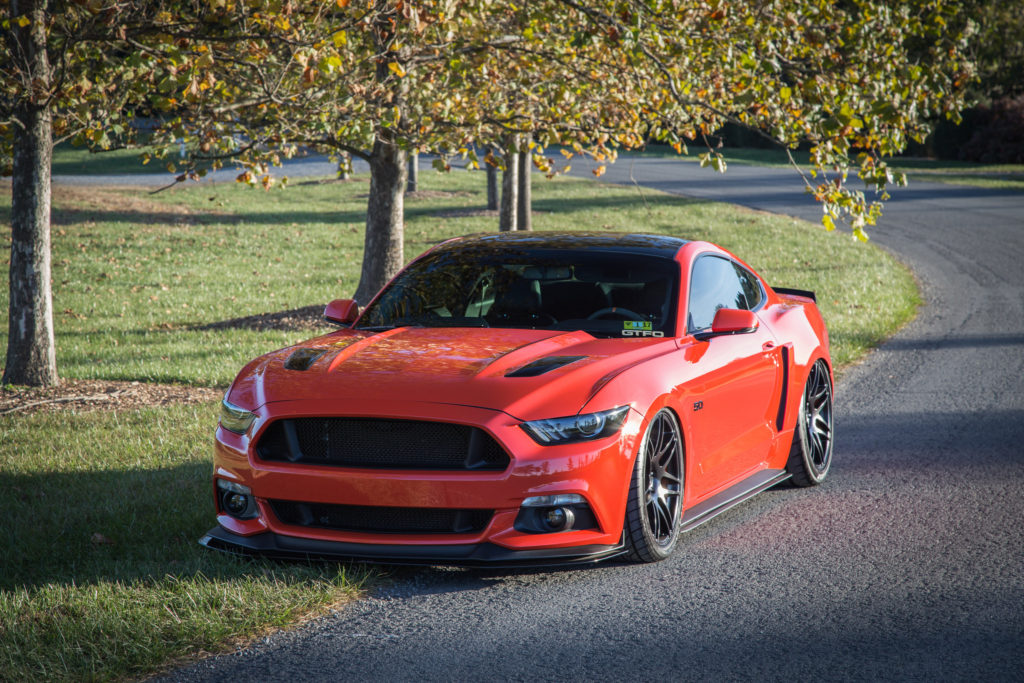 Trevor’s father and grandfather loaned him some money to buy his first car with. Loan in hand, Whittington chose to buy a 2005 Mustang GT purely based on looks. “I had heard the term Mustang before, but still knew nothing about what I had just bought other than the fact it looked awesome,” says Whittington.

From there, he took it to car shows, meets and hangouts and learned quite a lot in such a small amount of time. Trevor learned how engines worked, how to change oil, spark plugs, brakes, etc. In some ways, that 2005 Mustang made him who he is today. 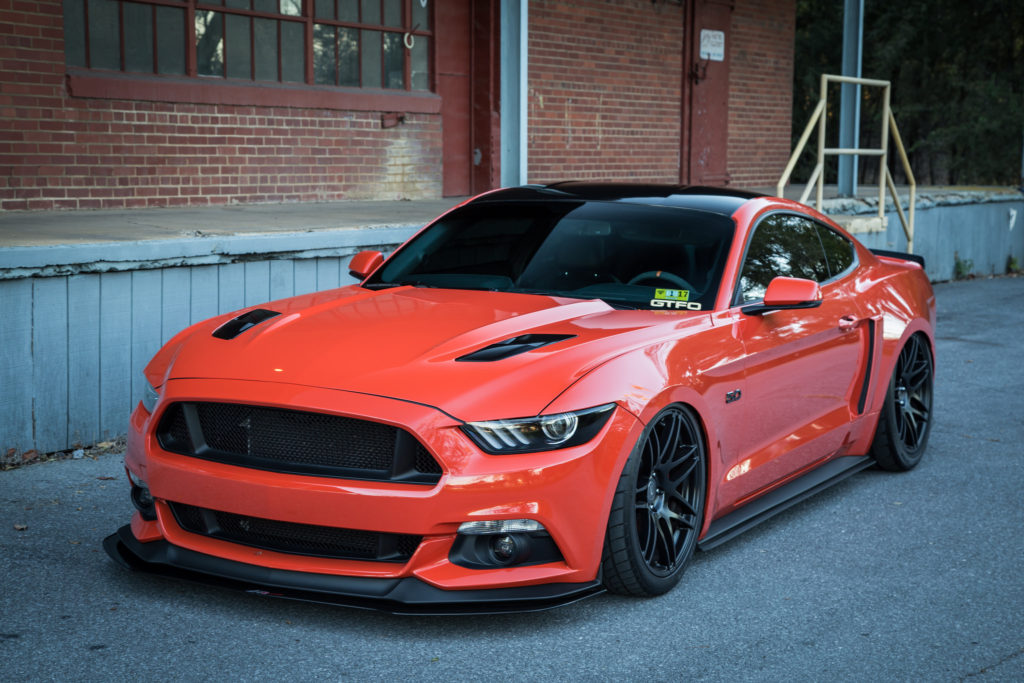 Upon graduating High School, Trevor traded in his 2005 Mustang GT and bought a barely year old Grabber Blue 2011 Mustang GT for a great deal at the time; he owned it for about three years and sold it just last year to a guy living in the United Kingdom. On to the S550… 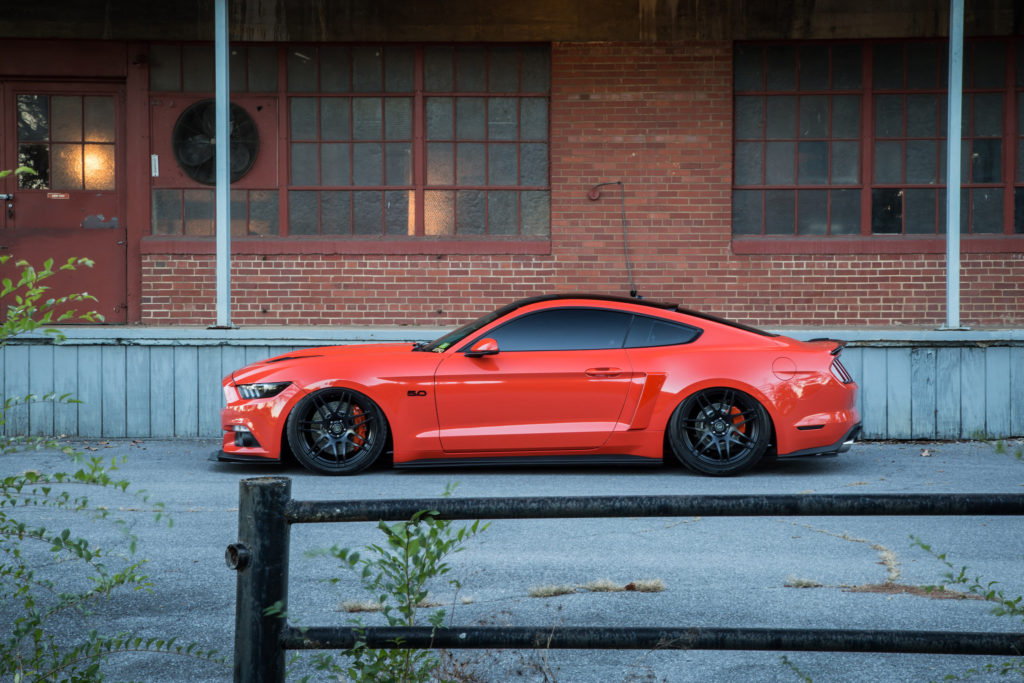 Shortly after, Whittington ordered his 2016 Competition Orange Mustang GT from Jerry’s Ford in Leesburg, VA. “I knew I had to do some more serious mods to this car. Even before the car was built at Flat Rock, I ordered an Airlift Performance 3H kit and many other mods. Every one except for the powder coat job, I’ve done myself in my garage with a single floor jack, jack stands, hand tools and an Impact. It’s been awesome modifying this car and seeing what I can accomplish to make it better. I even made my own custom set of grilles in my basement based on what others have done and some help from a friend. I never would have thought I could be capable of doing the things I have done to this car,” explains Whittington. 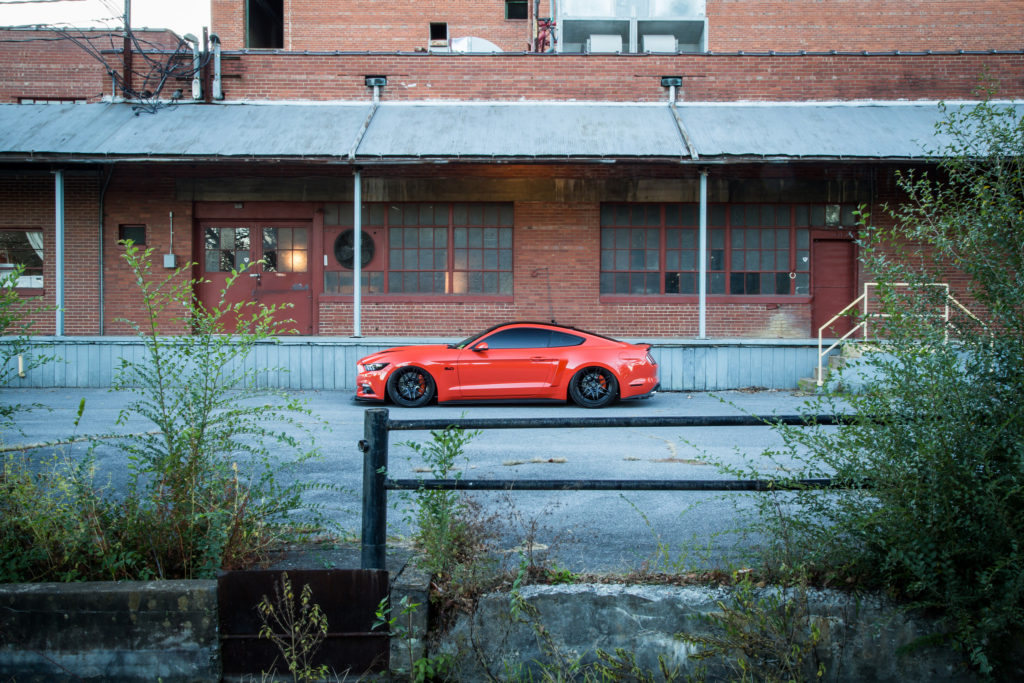 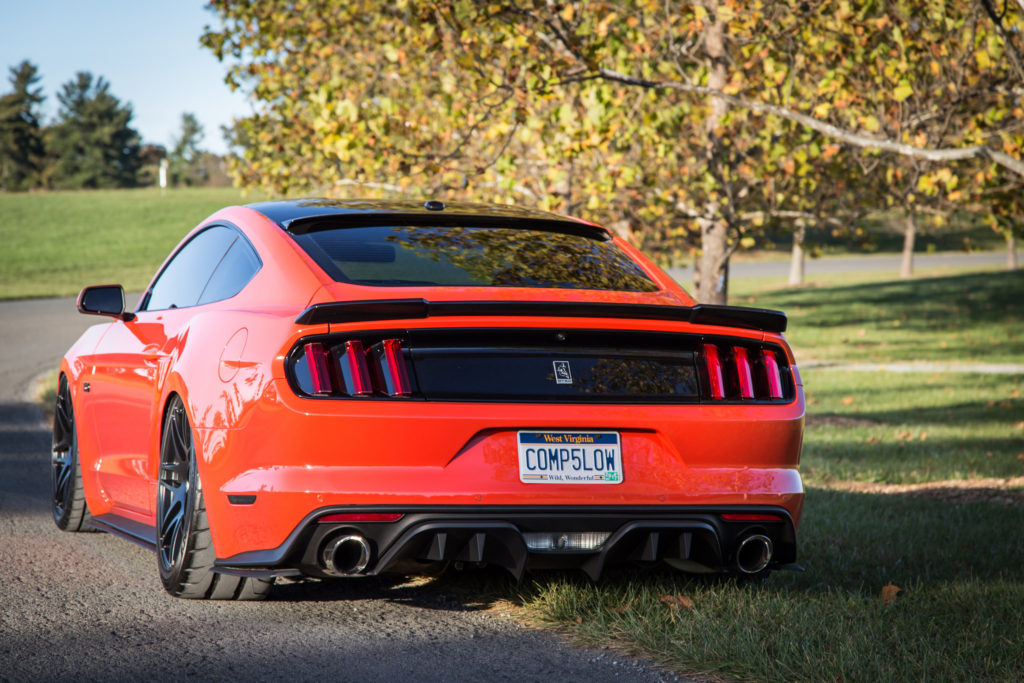 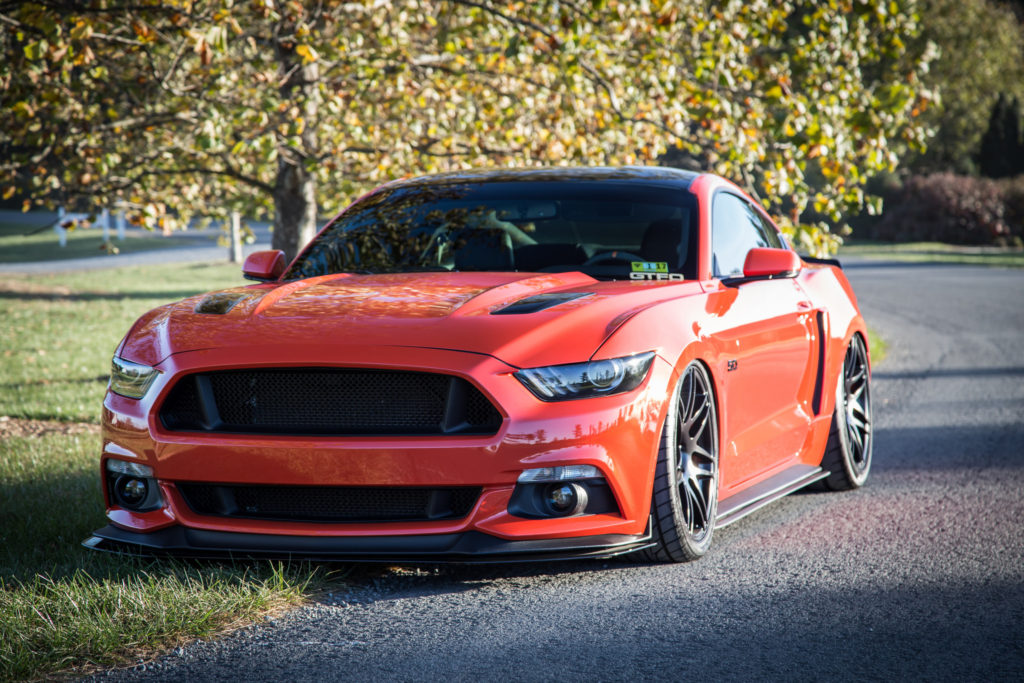