“It all started off in October of 2013, I was 18 and been searching for my first car. I’ve always been in the car scene since I was a child and my cousin had a built 1995 Mustang GTS,” says Greg Millz. 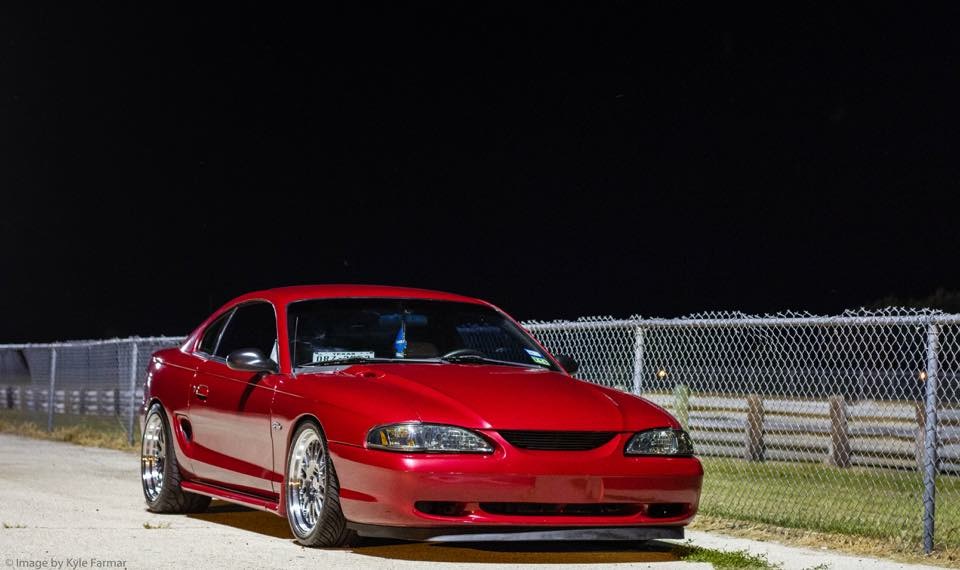 After a month of searching, Greg Millz finally found his Mustang. He drove 2 hours to go pick it up, and it was worth every minute. The 1996 Mustang GT came with the Trickflow upper intake and PI intake already installed, in addition to full exhaust. It was sitting on 17″ Bullitts with 315’s out back for a meaty stance. Around two weeks later, Millz cut the springs to lower the stance a bit. 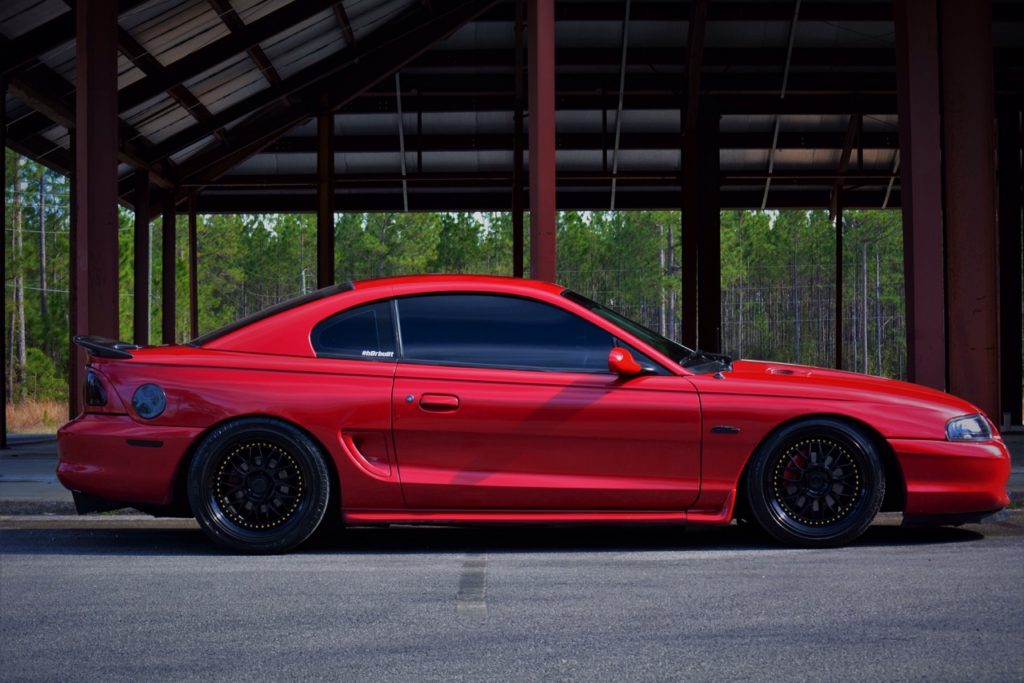 Over the course of the next year, new wheels/tires were swapped in (ESR 18×9.5 255/35 up front and 18×10.5 335/30 out back), not to mention plenty of carbon fiber. Millz also added a custom one-off homemade diffuser and also switched to a full coilover kit.

Future plans include a built auto-transmission or T-56 with a built 2V and On3 turbo kit. At some point he’s also planning on having the car repainted laser red in addition to adding a cowl hood and cobra front bumper. Millz shared: “Happy to say this is the best first car I’ve ever owned.”